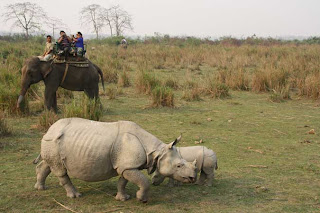 When Mary Victoria Leiter Curzon, wife of Lord Curzon, the viceroy of British India, urged her husband to take immediate measures to protect Kaziranga's rhinoceros, she had no idea that that it would be a major event in this region's history. The Kaziranga National Park Assam offers for its tourists, has plenty of rhinos today. This is a great sight for tourists who visit this UNESCO World Heritage Site every year. Other than the great one-horned rhinoceroses, it also has tigers, leopards, jackals and many other wild animals. Park authorities have done a commendable job in maintaining it in an excellent condition and fostering growth of endangered species. This wildlife sanctuary often features as an important tourist attraction on the itinerary of North-East India tours. Tourists have also supported various initiatives that authorities have taken over a period of time for the park's wildlife conservation. They also feel enchanted by charming beauty of this region’s natural surroundings and amazing landscapes. 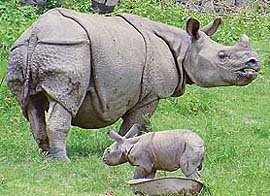 This wonderful habitat of rhinoceroses and other wild animals became famous after being declared as a World Heritage Site. This increased the number of tourists visiting this region, mostly for enjoying an amazing sight of one-horned rhinos and other animals wandering freely amidst natural surroundings. For domestic and international tourists travelling by air, airports located at Guwahati, Rowriah and Salonibari would be access points for reaching Kaziranga. They can either hire a private vehicle or use Assam State Transport Corporation's buses to reach the wildlife sanctuary. Best time to visit this region is between the months of November and April. Some of the hotels and resorts situated close to Kaziranga National Park provide luxurious accommodations for its guests. Rooms or cottages are fully equipped with modern facilities offer plenty of comforts and privacy for tourists. A stay in such hotels or resorts would enable tourists to enjoy their Kaziranga trip without any hassles. They can also enjoy additional facilities such as airport pick-up and drop facility, spa treatments and travel desk assistance. Some hotels in Kaziranga also arrange guided tours for watching rhinoceroses and other wild animals closely. With eco-tourism gaining prominence in recent times, there are certain hotels at Kaziranga that are best suited for individuals involved this form of tourism.

Visitors to this wildlife sanctuary can get huge discounts on accommodations if they get their bookings done well in advance. There are certain rules which need to be followed by all individuals visiting this National Park. Necessary permits have to be obtained before entering it and a safe distance has to be maintained while spotting wild animals. Playing of car stereo or transistors has to be avoided as the animals would get disturbed on hearing peculiar sounds. Following all instructions given by guides would ensure a smooth conduct of Kaziranga Rhino Tour and avoid any unpleasant situations. Guided tours offered by some hotels and resorts situated near the park are conducted by experienced professionals and being in their company would be beneficial in spotting all wild animals of this region.
Posted by Unknown 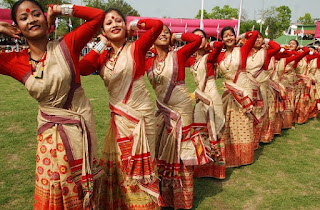 Assam is one of the states in the north-eastern regions of India. It is located to the south of the eastern Himalayan regions. Assam is surrounded by Arunachal Pradesh, Nagaland, Manipur, Mizoram, Tripura and Meghalaya, together these states are known as Seven Sister States. These north eastern states are connected to the rest of India via a narrow strip in West Bengal. The Splendor of Assam is Kaziranga and Manas, wildlife parks in Assam, both of these wildlife parks are listed as World Heritage Sites. Apart from these wildlife parks, Assam is also well known for its Sal tree forest, though it is on a depletion stage and the famous River Brahmaputra. The state is known to have many endangered species such as the Golden Langur, White-winged Wood Duck or Deohanh, Bengal Florican, Black-breasted Parrot bill, Pygmy Hog, Greater Adjutant in their deciduous and tropical rainforests. 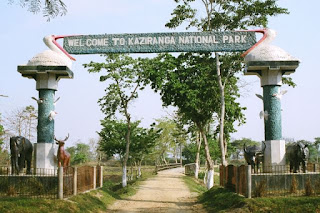 People often visit Assam to take a peek in to well-preserved wildlife in this state. One could easily book their accommodations near Manas and Kaziranga National Park. To maintain pollution free atmosphere the hotels and resorts near the National park provide eco friendly cottages for tourists. There has been a tremendous increase of tourists visiting these national parks since the last decade. The curiosity of witnessing wild animals in their natural habitat has been on the increasing trend. People who earlier visit hill stations for their outing have decided to checkout such national parks for a change. They find it more enjoyable as their trip is filled with many surprises and new atmosphere all together. All they need is to find a proper accommodations option and there are many hotels that are springing up near the national park. These hotels provide some of the best options for accommodations. One could find even luxurious resorts in these areas and it has boosted Assam’s tourist sector greatly. It seems wildlife safari is catching up on new generations as they prefer such outings compared to an outing in hill stations. It might be because it is a new concept and a concept of holidaying in a place where wildlife animals are roaming freely. 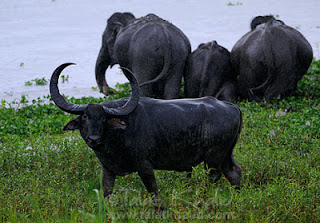 Assam government has been instrumental in promoting tourism in National Parks. There have been cases of poaching activities reported in Kaziranga National Park. The government has laid down new rules to curb such activities. Such poaching activities hamper the the wildlife nature and many animals are on the verge of extinction. If such activities continue for long period of time, we might never see many endangered species which are mentioned above. Even hotels and resorts in and around Manas and Kaziranga national Park make sure that the wildlife is not polluted and it is the only reason they are known to provide eco friendly cottages. The only thing you have to make sure when you visit such national park is that you shouldn’t litter the park. There are many rules and you should abide by the rules each and every time. It is also for your own safety that wildlife authorities post such rules.
Posted by Unknown

Long time ago in 1904, Mary Victoria Leiter Curzon, wife of Lord Curzon, Viceroy of British India, visited Kaziranga after hearing about the great one-horned Rhinoceros of this region. But, she failed to see even a single one on her visit to this region. She felt an urgent need to save the rhinoceroses and asked her husband to take immediate steps to prevent their extinction. This led to creation of Kaziranga National Park in 1905, though it was a proposed reserve forest at that time. Today, it is a World Heritage Site and is visited by plenty of tourists for exploring different species of wild animals in the reserve. This region can be visited during certain months in a year that are favorable for tourism.

There are several hotels and resorts around Kaziranga which offer cost-effective and comfortable accommodations for tourists. For environmentally conscious individuals, there are Eco friendly cottages available, with all the modern facilities. They have well-maintained rooms that are furnished with eco-friendly materials. Most of the hotels and resorts in this region are accessible to all domestic and international tourists arriving by air, rail or road. Some of them also provide pick-up and drop facilities for their guests giving them an added convenience. Visits to the national park can be made very easy with an accommodation in them as they also offer guided tours. Corporate events can also be conducted in such hotels or resorts as most of them have conference facilities that are backed with excellent communication systems.
Posted by Unknown