Between the months of November and April, one can witness large crowds of tourists visiting wildlife sanctuary in Kaziranga. This region has a sizeable population of one-horned rhinoceroses which can be seen moving around in their habitat; a sight which is savoured by animal lovers and eco-tourists. Authorities have done a commendable job in conserving wildlife of this region, especially the endangered species. Tourists also lend their valuable support for park's protection and improving its veterinary services. For providing tourists with comfortable accommodations, several resorts in Kaziranga have come up over a period of time. A stay in these resorts or hotels enables visitors to enjoy all attractions in this region without any hassles. Plenty of choices are available in terms of cost and facilities as there are different types of resorts available, based on budgets and individual preferences of visitors. Eco-tourists can also have a memorable time while staying in these excellent resorts. 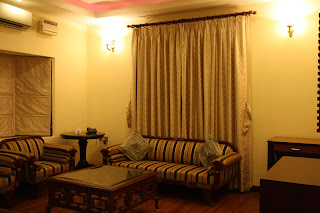 Almost all resorts are located very close to the wildlife sanctuary which offers great convenience for tourists to go on animal safaris. Some of them provide airport pick-ups and drops for tourists arriving by air. Guests of these Kaziranga resorts can have several other benefits that are designed to make their stay memorable. Basic facilities may include seasonal boating, swimming pool and satellite television. There are many other services provided for guests that may be charged. Most of the tourists staying in these resorts enjoy guided tours, but there are certain rules to be followed strictly while on such expeditions. Before entering Kaziranga wildlife sanctuary, they must obtain necessary permits. It is essential to have a nature guide for assistance while exploring its wild animals and scenic locations. Maintaining a distance from animals of this wildlife reserve is absolutely necessary to ensure that they are not disturbed from human presence. Playing of car stereo or transistors is prohibited and visitors are also advised to wear clothes that are less bright. All these instructions have to be followed so that wild animals in the reserve do not get distracted. A Kaziranga resort would always brief its guests going for guided tours about the do's and don’ts that are to be followed during their trips.

Resorts in Kaziranga have undergone tremendous changes in the past few years to keep up with changing tastes and preferences of tourists. In recent times, most of the resorts or hotels in Kaziranga National Park offer online reservations and plenty of other facilities for their customers. Occasional discounts and special offers are also provided for tourists in order to make their vacations cost-effective. Most of these accommodations are a perfect blend of tradition and modernity, offering unique experience for its guests. Their interiors are elegantly designed using eco-friendly materials. Guests can also maintain their fitness while having a great vacation in Kaziranga with gymnasiums that are provided in these resorts. Booking in advance would help tourists in getting reduced rates on accommodations. Advance hotel bookings at Kaziranga National Park are strongly advised during peak seasons when there are many tourists searching desperately for hotel accommodations.
Posted by Unknown


Various wildlife sanctuaries were created in India after efforts for conservation of wild animals began. Today, there are several national parks, tiger reserves and wildlife sanctuaries in India for housing wild animals and providing a natural habitat for their survival. People visiting them can also enjoy beautiful natural surroundings in these regions along with sightings of rare species. Several Indian states have such areas where authorities are involved in conservation of endangered wild animals. Over a period of time, they have done a commendable job in ensuring that entire population of animals is protected from all sorts of dangers. They also get plenty of support for conservation efforts from individuals visiting such regions. In recent times, many travel companies have come up in different places that provide exciting wildlife tour packages for their customers. 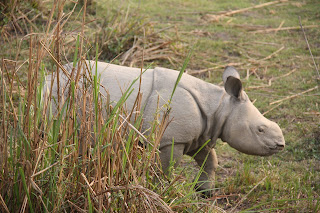 Assam is one of those Indian states that have vast areas covered with forests and natural vegetation. Climate in these regions is also favourable for different types of animals that constitute wildlife in Assam and they receive excellent protection from government authorities. Most famous of all wildlife sanctuaries is situated in Kaziranga region of Assam. Numerous visitors arrive in this place every year to enjoy sighting various species of wild animals. Several wildlife resorts in Kaziranga offer comfortable accommodations for these visitors at reasonable prices. In addition to basic facilities, these resorts also provide some modern amenities for their guests. Guided tours to Kaziranga National Park are also arranged in some of them for a hassle-free sightseeing. All these resorts are well-connected to cities nearby, offering greater convenience for individuals coming to this region from different parts of the world. 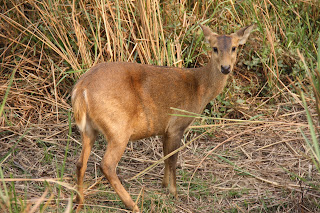 Kaziranga National Park has an interesting history related to its creation and further development. Mary Victoria Leiter Curzon, wife of Lord Curzon, the Viceroy of British India, had persuaded her husband to take immediate steps for conserving one-horned rhinoceroses of this region in the early twentieth century. What started off as a proposed reserve forest gradually became Kaziranga Wildlife Sanctuary and was later declared as a national park. Today, it is a UNESCO World Heritage Site, which has been highly successful in saving endangered species from extinction. Its fertile alluvial soil has resulted in the growth of dense natural vegetation which serves as a source of nourishment for various animals. Tourists visiting this region also find the beautiful landscapes of this region very attractive and many of them express willingness to explore them in detail.

Kaziranga is well-known for its one-horned rhinoceros, which can be found in great numbers in the region.  One can find a vast area filled with greenery and inhabited by different species of animals and birds, moving around happily in the peaceful surroundings. Lord Curzon had initiated a conservation plan about a century ago for protecting the rhinos of this region, and it has resulted in a highly successful wildlife conservation project. Today, the population of these rhinoceroses and many other wild animals in Kaziranga has grown significantly as a result of this process. The Kaziranga National Park has also been declared as a World Heritage Site by UNESCO which explains the amount of success that it has achieved in wildlife conservation. This national park is located in the state of Assam and is visited by plenty of tourists as a part of their Kaziranga tour packages every year. Beautiful surroundings of this wildlife sanctuary are savoured by all tourists visiting the region. Many of them also extend their support to its conservation measures in their own ways 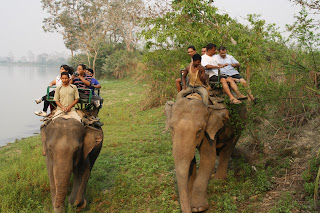 Climate in Kaziranga is extremely pleasant between November and April, making it the best time to visit this region. Though Kaziranga tourism packages mainly promote rhinoceroses, there are many other wild animals and birds that can be seen moving around freely. Dense natural vegetation and picturesque landscapes make for an exciting view. Authorities have managed Kaziranga National Park with great excellence, winning numerous accolades for their conservation measures. Region surrounding the park appears difficult to explore, but elephant safaris provided in Guwahati Shillong Kaziranga tour packages make it easier for visitors to sight flora and fauna of this enchanting park. Tourists are required to follow some rules and regulations, but they have been in place only to ensure that animals are protected and visitors make the most out of their tour. As a day of adventure nears its end, visitors can enjoy a beautiful view of sunset on the horizon and share their experiences with other individuals. This national park is easily accessible through different kinds of public and private transport, much to the convenience of its visitors. Developments in infrastructure over a period of time have also given a further boost to Assam tourism and visitors to Kaziranga. This has also resulted in plenty of job opportunities for local population of this region.

In recent times, one can have many attractive tour packages being offered by various travel companies. These packages are made to suit different kinds of individuals, including ones with limited budgets. Such tour packages are a great opportunity to enjoy Assam tourism and visits to the national park. They also have a well-planned itinerary for tourists that include Kaziranga hotels that provide comfortable accommodations to visitors. Today, there are many of them which offer plenty of choices for tourists to have a pleasant stay while enjoying their trip to Kaziranga. People opting for a weekend tour to this region can also find many facilities that add to their convenience. A well-planned weekend tour to Kaziranga proves to be extremely rejuvenating for tourists and would also give them some memorable moments.

Covering a vast area which boasts of several species of birds and animals, Kaziranga National Park is a popular wildlife sanctuary of India. The highest number of one-horned rhinoceros can be found in this region, which amounts to nearly two-thirds of its total world population. A sizeable portion of this land is covered with tall grass which provides the required nutrition for rhinos. In addition to grass, there are other species of flora in Kaziranga that adds to beautiful natural features that are a part of this wonderful region. One can be assured of spotting tigers and rhinoceroses in this region as their population has been growing steadily over the past few decades. This has been made possible due to the excellent conservation methods of authorities.

Different parts of this wildlife sanctuary foster several varieties of plants, most of them being grasses. A significant amount of flora and fauna in Kaziranga National Park has been maintained either by natural occurrences or human initiatives. Rich alluvial soil also promotes the growth of many species of plants, such as, sugarcane, elephant grasses and reeds. Aquatic plants, such as Water Hyacinth can be found in lakes and ponds of this region. Certain toxic species of invasive aquatic plants have been removed from water bodies with the assistance of Wildlife Trust of India. In addition to tigers and rhinoceroses, Kaziranga has considerable number of langurs, leopards, elephants, water buffaloes and many other wild animals. There are many resident and migratory birds in this national park which is a pleasing sight for bird-watchers.

Guided tours to Kaziranga National Park can enable tourists to witness amazing natural beauty of this region. There are elephant tours as well as trips taken in vehicles carrying visitors to this park. Tourists can witness the best of flora and fauna in Kaziranga through these tours. Some of the hotels and resorts around Kaziranga offer such guided tours for their guests. A stay in any of these hotels or resorts would be a great opportunity to witness all amazing animals and natural wonders of this place. Luxurious accommodations along with plenty of modern facilities can also make their stay pleasant and memorable. These resorts or hotels are easily accessible as there are many options in public and private transport. Domestic and international tourists travelling by air can also hire private vehicles that would help them reach the resort in Kaziranga where they have booked their accommodations in Kaziranga National Park.
Posted by Unknown