Kaziranga is a haven for the one-horned rhinos

Kaziranga, a UNESCO World Heritage Site in the Indian state, Assam, is one of the most popular national parks of India. Its unique natural environment attracts plenty of tourists from different parts of the world annually. While staying in the resorts in Kaziranga during their vacation, these tourists get the chance to explore numerous species of flora and fauna in this region with the help of wildlife tours, conducted using Jeeps or elephants. This wildlife reserve has the largest population of one-horned rhinoceroses in the world. Its visitors would bear testimony to this fact when they sight quite a good number of rhinos during their wildlife tours. There was a time when the population of one-horned rhinoceroses in this region were reduced to just 12 due to sport hunting. Today, there are more than 1,800 rhinos in Kaziranga, and the credit for this goes entirely to the park authorities. 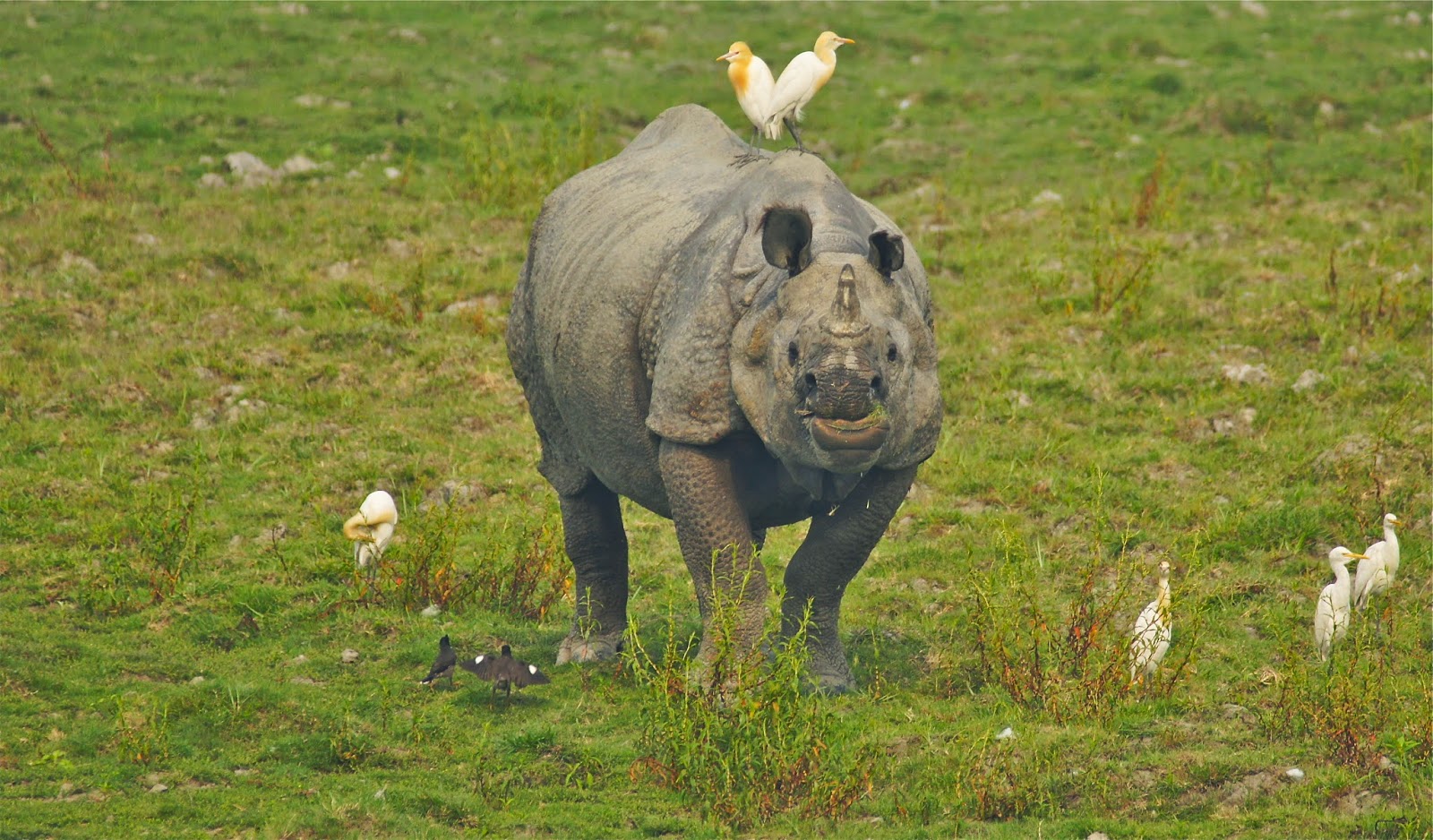 Maximum protection has been granted to this national park under the laws for wildlife conservation in India. The rhinoceroses, which were hunted in the past by poachers for their horn, are now thriving in their natural habitat. Elevated regions of Kaziranga offer protection to all its wild animals during floods, while the park authorities have also constructed some artificial highlands.
Posted by Unknown