Namdapha National Park renowned as one of the richest areas in biodiversity, huge protected area in the Eastern Himalayas is the largest national park regarding area on which the park is spread in Northeast of India. This region is also known for its extensive Dipterocarp forests and lowland evergreen rainforests. The park is spread on a huge piece of land between Dapha bum range, Mishmi Hills and Patkal range. Offering best example of biodiversity the habitat changes from lower region to the upper region with sub-tropical broadleaf to subtropical pine forests. Apart from this the park is also gifted with huge bamboo forests. Maximum part of the park is mountainous covered with forests of Hollong, Mekal and Hollock trees mixed with creepers. High altitudes of the park are covered with deciduous forests rich in Mangolia, pine, and Betula trees. The area is like a haven for the botanists and researchers with around one hundred fifty recorded tree species, accompanied with incredible varieties of rare orchids and flowers. The park can be accessed from Guahati and Dibrugarh and the nearest railway station is at Ledo. This region has a sub tropical climate and best time to visit this park is the winter season. 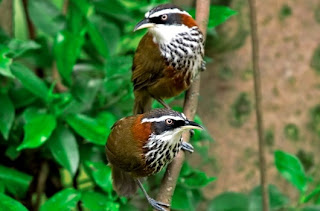 Namdapha’s diverse forests are a haven for the astounding birdlife, where birds like Giant Hornbill, Satyr Tragopan, Monal Pheasants and white-winged wood duck cab be easily spotted. Some of the reptiles like reticulated Python and King Cobra are commonly seen in the jungles of the park. Mammals like Leopard, Jungle Cats and Tigers along with Hoolock Gibbon also are commonly seen in the interiors of the jungles and mountain slopes. Apart from the exclusive wild life there are many other attractions for tourists in the parks eastern side, which borders with Myanmar. Best time to visit this region is from October to April and rest of the months should be avoided, since this period is dominated with heavy rains and flooding of the rivers. 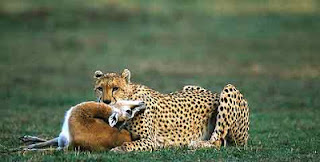 For entering the park and staying at the jungle camps a tourist permit has to be taken from the authorities of the Park. Namdapha national park accommodation at Deban inside the park is the best for exploring the region in and around the park. It is the only park in India, where you can stroll freely in the jungles instead of travelling in a protected vehicle. There are many incredible hiking routes and places of cultural as well as historical importance at the east side. Namdapha national park treks are unique identity of the park.

How to get to Namdapha National Park:

Dos and Don'ts at Namdapha National Park
Posted by Unknown