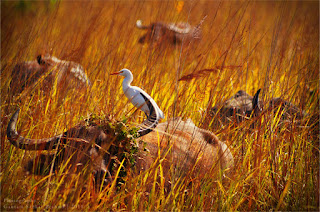 Assam the north Indian state of India is popular worldwide for best quality tea, silk, variety of plant, animal life and its incredible wildlife sanctuaries. Some of the rare and diminishing animal species are flourishing in these protected areas. The state has become increasingly popular among worldwide tourists as the ace “Wildlife Tourism” center of India. It is already honored with two of its World Heritage sites Kaziranga and Manas which attract hordes of tourists throughout the year. Pobitora Wildlife Sanctuary near Guwahati has made a record in increasing the number of one horned Rhinos which were on the way of getting diminished.
This land with high rainfall and blessed with mighty rivers like Brahmaputra and its tributaries make the region fertile, with rich forests ranging from incredible grasslands, deciduous forests, wetlands and wide spread jungles of Sal and Bamboo. This large diversity in its type of regions makes Assam the largest shelter for a great variety of flora and fauna. The wildlife sanctuaries and the protected zones of the state provide a beautiful atmosphere for incredible birdlife which is concentrated around its wet lands. Among the many national parks and wildlife sanctuaries Pobitora wildlife Sanctuary is located in the Mariagaon district of Assam. This wildlife reserve is located just thirty km from Guwahati the major and important city of Assam. 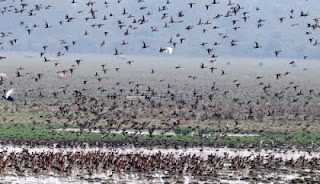 This Park is spread on huge forty sq. km plot of land in which around sixteen square km are reserved specially for creating a rhino habitat spread on the plains and a hillock. A Rhino breeding farm at this reserve is the major attraction which runs a breeding program called Indian Rhino vision 2020, which initially helped in restoring the fast diminishing number of one horned Rhinos of the region. Gradually the success story reaching its heights has made the area overpopulated by the Rhinos. Other attractions near Pobitora are Haduk Hanging Bridge and Garanga Beel which is a beautiful pond. Pobitora National Park, Guwahati can be explored on elephant backs or by the fascinating jeep safaris which take you to the interiors in the natural habitat of the animals. These safaris are best means of viewing some of the animals like leopard, wild bear, wild cats and Asian buffalo. There is an opportunity to view some of the incredible bird species out of total two hundred migratory birds available at the reserve.

The weather of Guwahati is moderate with warm summers and cool breezy winters. Heavy rains are observed from June to October. November to March is supposed as the best period to visit Pobitora wildlife reserves, as it offers a moderate climate and many interesting festivals of the region like Bihus, Magh and Bhogali bihu. Pobiitora can be easily approached by road from Guwahati. While travelling from Kaziranga to Guwahati, Pobitora can be reached by taking road to Mayang. Accommodations are available at a resort inside the sanctuary.
Posted by Unknown