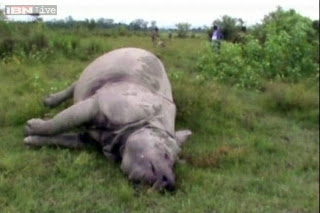 Their is huge demand for rhino horns which sells for minimum 1 crore at international market. According to the latest census there were 2,329 rhinos at park. Recently Assam Government introduce the remote-controlled Unmanned Aerial Vehicle (UAV) to keep watch on the poachers. But I guess that too not sufficient to protect the park from poachers and hunters.