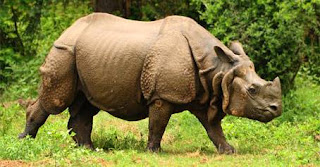 Last year 12 rhinos were killed by poachers, even there is no respite this year as 13 more have been killed since January this year. Although it is good news for all nature lover when the count of endanger animals increases. We hope the number keeps on increasing.

United 21 Grassland Resort, Kaziranga congratulate all Kaziranga National Park officials for their efforts to save one horn rhinos.